For your Holiday in the Var - Provence

Le Beausset is only 10-15 km from the beaches

A panoramic view to take your breath away...

Le Beausset, in Provence, brings together the charms of the countryside inland and those of the coast. On the Bandol Wine trail, a tourist crossroads between the Sainte Baume range and the shoreline.

Le Beausset: A lot going for it...

The Provençal coastline is edged in myriad landscapes. Sometimes immense expanses of beach with the usual amenities melt into the shimmering sea. Sometimes natural creeks verging on the wild and untamed reveal the rocky outcrops and jagged peaks for which the region is renowned. An extremely varied environment in a fabulous location! 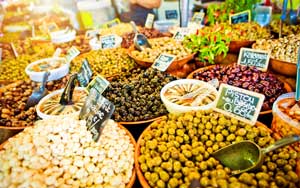 A land of tradition and age-old know-how, the Provençal coast rolls out the fullness of its diversity and richness, the work of skilled craftsmen its symbolic exemplar: Olive oil, honey, lavender, essences of perfume, dried flowers, Provençal fabrics, ceramics, santons (the traditional ornamental figures we find in Christmas cribs) and pottery...

It's a land of fine living, flavour and savour, which knows how to make the most of its rich harvests. A richness that we find in the Provençal cuisine for which the region's communes are deservedly famous! 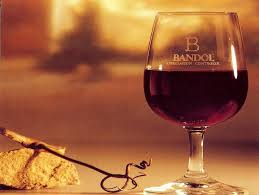 Provence… Whenever the name is spoken, we cannot stop ourselves from drifting off into a daydream of balmy sunshine, mistral, insistent cicadas and the beloved books of Marcel Pagnol. But that's not all! The region is also renowned for its vines. Provence has a reputation for its generous fruity rosé, particularly enjoyable on the hot days of summer. But make no mistake! Provençal vineyards also produce some amazing reds and light-as-a-feather whites, soft and delicate.
Bandol AOC (appellation contrôlée) dates from 1941 and is one of the oldest. It embodies the potential of a product, as well as the courage and talent of the winemakers. This vineyard, upon which so much care and attention is lavished, grows in tiers along the hillsides above Bandol, Le Beausset, La Cadière d'Azur, Le Castellet, Ollioules, Ste-Anne d'Evenos, Saint-Cyr and Sanary. Writings dating from Gallo-Roman times about the town of Tauroentum, which was situated between Saint-Cyr-sur-Mer and Bandol, were among the first to mention this particular vintage. This vineyard is the finest jewel in the crown of the vineyards of Provence.

The village of Le Castellet is a mecca for tourists exploring the Var. This fantastic feudal village perching atop its outcrop will win your heart with its Provençal picturesqueness, its little squares lined with beautiful, carefully restored old houses and its tastefully renovated old stones. We enter Le Castellet through two fortified gateways and then simply follow our nose, taking in the little streets, the potters, leather workers... perfumed candles, ceramics, jewellery, alongside art galleries and ice cream stalls. Le Castellet was used as the location for the cult film starring Raimu, La Femme du Boulanger, by the world famous film maker and writer, Marcel Pagnol. Le Castellet is also famous for its racing track (a few kilometres outside the village), which hosts major car races and motorcycle grand prix. 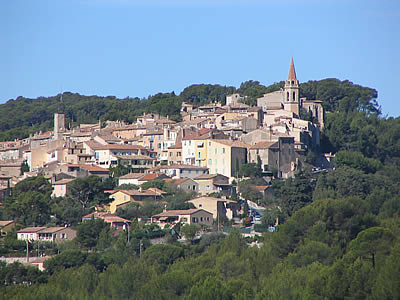 Perched at the edge of its cliff, on a hill opposite the village of Le Castellet, this little mediaeval village enjoys a fabulous view as far as the shores of the Mediterranean. Surrounded by pine forests, overlooking the celebrated and renowned (AOC) vineyards of Bandol.
La Cadière has all the charm of those still unspoilt Provençal villages with their narrow, flower-bedecked streets steeped in history.
Traces of prehistoric habitations have been found in the commune, such as hewn flint tools, particularly in the Les Luquettes and Les Paluns districts. Excavations have also brought to light several Roman settlements.

A few ideas about distances from the villa: